J is for Journey 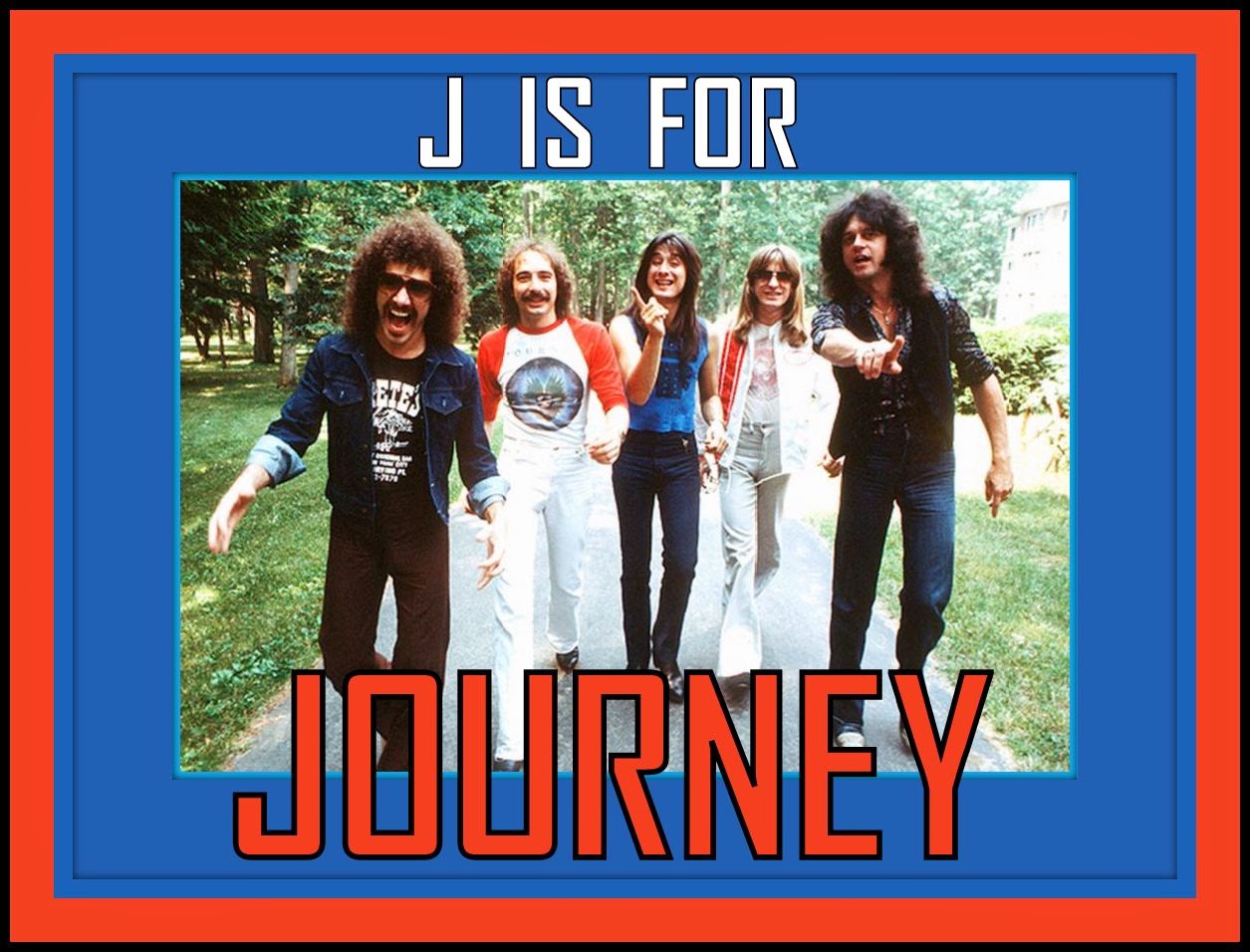 Ten days into the A-to-Z Challenge and there's one thing I can say for sure: J is for JOURNEY.

Let me clarify this, just in case we're not on the same page.


Journey began in San Francisco in 1973 but fame was elusive until they added Steve Perry in 1977. The 1977-78 line up was Steve, Neil Schon, Greg Rolie, Ross Valory, and Steve Smith. Keyboardist Jonathan Cain arrived in 1980.

Their first platinum album was technically the group's fourth album, Infinity. It reached 21 on the Billboard charts. The 1981 album, Escape, finally hit number one.

I apologize for the short post; we're all sick at Casa de los Cherdo tonight. Hubzam went to bed with his friend, NyQuil. Gonzo is getting ready to do a 13.1 mile hike tomorrow; he is feeling a little better, but darn if he'll pass up a hike. I'm not able to shake this allergy/sinus/cold thing yet.

You know what Steve Perry would say?...

Make sure to visit some of these great bloggers who are participating in the challenge!
Click on the banner for the full list of participants.
Posted by Cherdo at 12:00 AM