K is for Knopfler 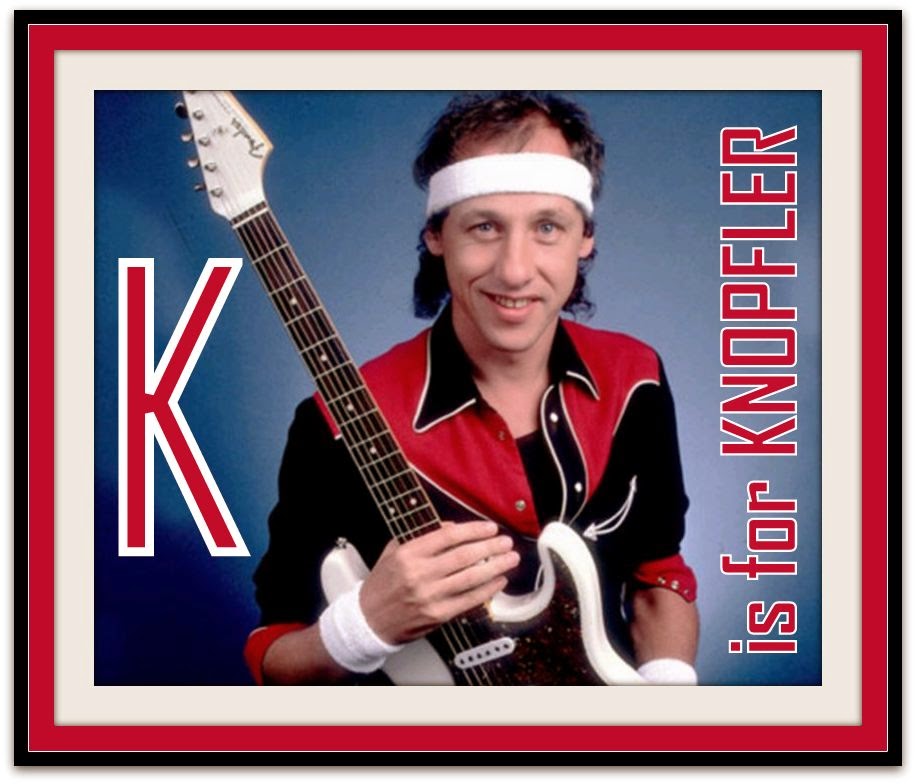 Get out those headbands, folks!

Though he is a producer, composer and songwriter, Mark Knopfler is best known for being the guitar playing front man of Dire Straits. Rolling Stone magazine gave him #27 on the list of the Top 100 Greatest Guitarists of All Time. I'm not sure how that honor holds up when compared to the fact that he has a dinosaur named after him: Masiakasaurus knopfleri!


Born in Scotland in 1949, the family moved to Northeast England while he was a child. As he grew, his musical interests included Elvis, Chet Atkins, boogie woogie, harmonica - and guitar. In school, he participated in several school bands and even sung harmony with a young lady.  At 16, he recorded his first (but unremarkable) single; it was never released. A sub-par instrument of his youth led to the development of his distinctive finger picking style.

Perhaps Mark was searching for his place in music; maybe he wasn't even serious about it - yet. All that changed with the creation of Dire Straits in 1977. In 1978, the signed with Vertigo Records. Brother David Knopfler was also in the group. Mark had a unique voice; sometimes gruff and other times more talking than singing. His guitar is all Knopfler. I don't think anyone sounds like him and I was hooked from the start of the first strains of the "Sultans of Swing."

Some other favorites include "Romeo and Juliet," "Tunnel of Love," "Walk of Life," and "Private Dancer" (Aha! You didn't know he wrote that Tina Turner hit, did you?).

You know, I've bought a lot of music in my day; when I compare those purchases to the best of Knopfler and Dire Straits, it seems like money for nothing...