L is for Legend 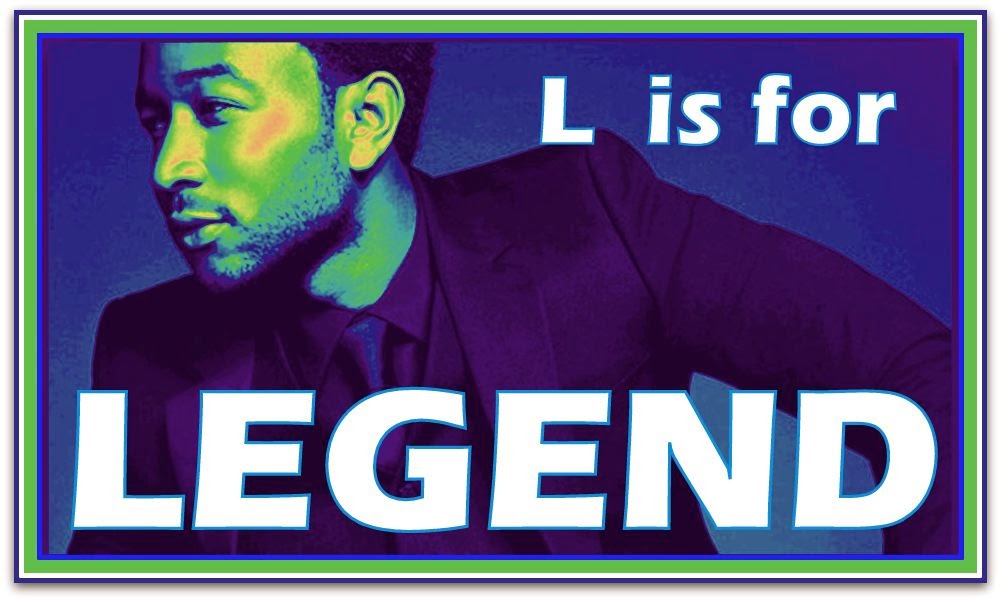 Half was through the challenge - I originally had a list of several musicians for "L" and I waffled back and forth. There's John Lennon, my personal favorite Beatle (Yoko follows me on Twitter, no joke...my friend's roll their eyes, which is the exact reaction I crave in all situations).

Then there's Lenny Kravitz - love that modern day hippy-rocker, Hunger Games' stylist. How can I forget him?

Finally, I decided to pull myself out of the 70s-90s and get right into present day for L.

John Legend first appeared on my radar as one of the musicians on Lauren Hill's "Everything is Everything." It was a cool video accompanied by a great song - who wouldn't look it up? I saw the name "John Legend" and it occurred to me that it might be made up - and if so, it was a cool name.


Born in Springfield, Ohio, in 1978, John was one of four children. The fact that he was homeschooled on and off caught my eye - and they must have done a good job, since he was offered scholarships to Georgetown and Harvard. John Legend must be one smart cookie. His choice was the University of Pennsylvania, where he studied English and African American Lit - most importantly, he became involved in music and excelled in his work with (and in) their a capella group.

From the university, he took a job with a consulting agency and kept his music career on track. Eventually, he met a guy called Kanye West and sang back up. Someone told him his music reminded him of the old-school singers and "legends." Hence, his name: John Legend.

His 2004 debut album, Get Lifted, hit the Billboard charts at #7 and went on to international success. Follow up albums Once Again, Evolver, and Love in the Future each produced additional singles that sealed the deal for me - I'm a huge fan of that smooth voice and musicianship.

It's hard to tell the tale of John Legend without talking about his extensive touring, work with other artists and awards, but I'm trying to keep it short. One of the most notable came just last year. In 2014, Legend and the rapper, Common, brought their formidable talents together and produced the song "Glory" for the movie Selma.

I think you've caught my drift. How much of Cherdo likes John Legend? All of me...

Make sure to visit some of these great bloggers who are participating in the challenge!
Click on the banner for the full list of bloggers - and check them out!
Posted by Cherdo at 9:16 AM