M is for Mick 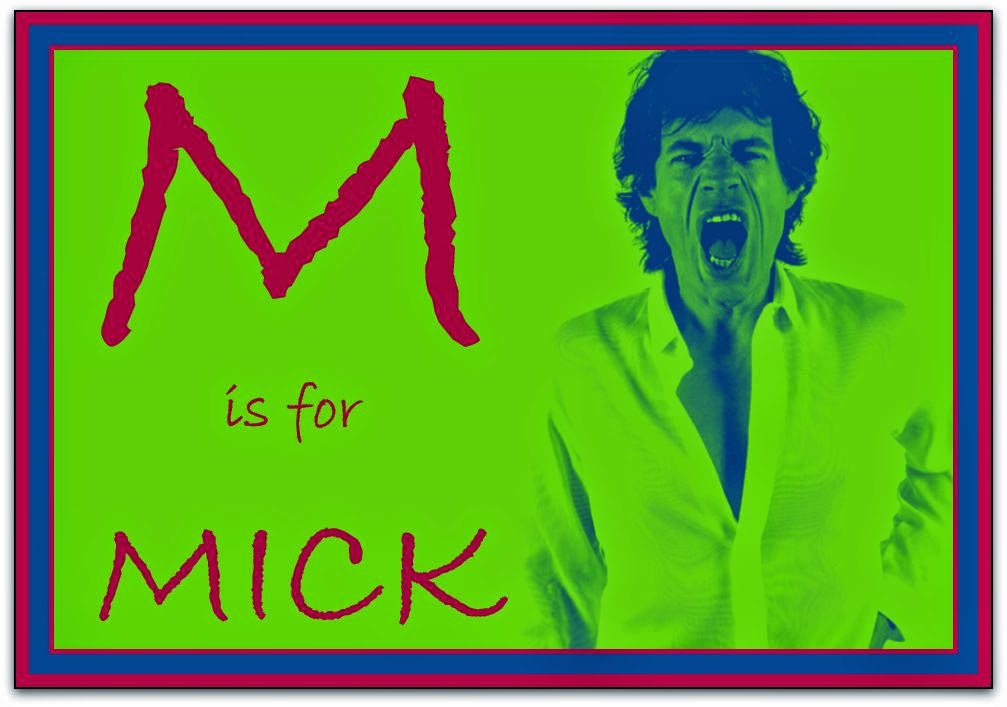 Realistically, I don't feel like I have a choice with regard my "M."  Sure, there's McCartney...but I've tipped my hat to the Beatles already. Let's spread the love around, shall we?

For uniqueness, swagger, and longevity - no one has the moves like Mick Jagger. Clearly, the Rolling Stones were one of the most dynamic and influential groups that ever hailed from Great Britain. The man has rooster strutted across six decades and is still involved in music, stage and screen. What is this dude's vitamin regimen? Is he a Highlander (the movie, not the Scottish geographical region)? 'Cause in the end, there can be only one!


Mick was born in Kent in 1943. In school, he excelled and most bios are quick to note a school pal named Keith Richards. Jagger and Richards shared a love of music - particularly American rock and roll, as well as blues. Over radio and records, an idea bloomed: they would start a band. Mick was always the singer, but Richards would become a legendary lead guitarist. Over the years, members included Brian Jones, Bill Wyman, Ron Wood and jazz dummer, Charlie Watts.

At times, they rivaled the Beatles or surpassed them in popularity. Where the Beatles tried to look the "good boy" part with their suits and clean cut look, the Stones were the bad boys of rock in the 60s.

Some of my favorite Jagger/Stones tunes include (but are not limited to!): "Dancing in the Street" (with David Bowie)", "Paint It Black",  "Jumpin' Jack Flash", "Tumbling Dice", "Under My Thumb" and "Angie."

I've attended a few Rolling Stones concerts, and I hated to see them end. My friends and I would linger till the last possible moment. In fact, wild horses couldn't drag me away...


On another note, if you've never seen Maroon 5's video of "Moves Like Jagger" -  you're missing a modern salute to Mick!

Make sure to visit some of these great bloggers who are participating in the challenge!
Click on the banner to see the full list of particpants.