R is for Ray 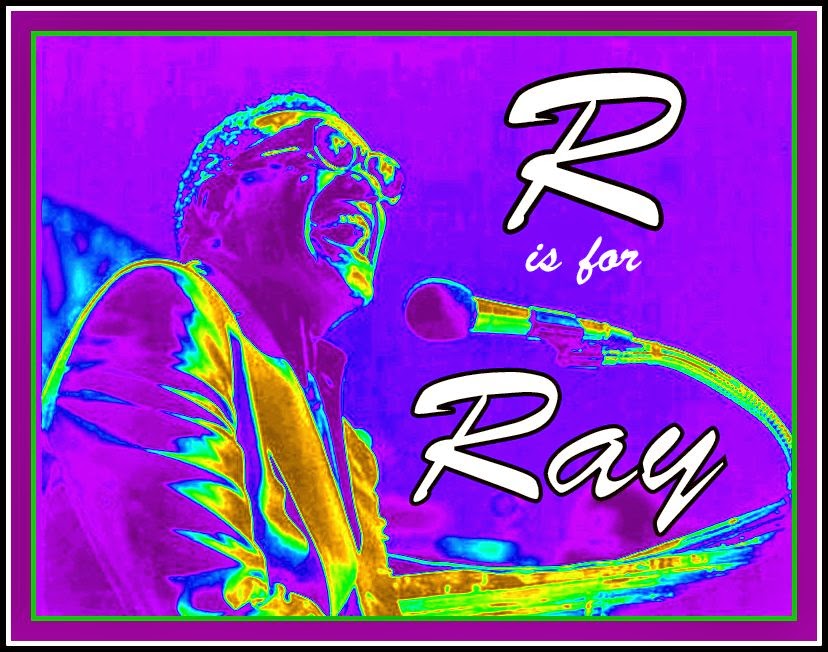 He's Ray, man! Ray Charles! What can I add to his bio that most people wouldn't know already? The man is a soulful, piano playing, R & B legend - one of the greatest musical geniuses of all time. To top it off, he accomplished this in spite of blindness and poverty.


Born in Georgia in 1930, Ray's parents (Aretha Williams and Bailey Robinson) moved to Florida while he was still a child. A younger brother, George, drowned in his mother's washtub. Ray remembered the incident as one of the most traumatic things he ever endured. Soon after, he began to lose his sight and by the age of 7, Ray was blind. His mother sent him to the Florida School for the Deaf and Blind. It was there that he learned to play piano, organ, trumpet, clarinet and sax. For the first time in his life, he was exposed to a wide range of musical styles.

By the age of 15, tragedy struck again. Ray's mother was dead and he was totally on his own.

Soon afterwards, he joined a group that toured the South. Along the way, he picked up a nasty heroin habit. At the age of 16, he found himself in Seattle and befriended a young Quincy Jones! Their friendship would last a lifetime and Ray often said that Quincy taught him about the music industry. He continued to play clubs and gigs whenever and wherever he could get them.

In 1949, he recorded "Confession Blues" and he was off! There are too many hits to count. My all time favorite is "Georgia On My Mind," but the guy could sing anything and make it soulful. His version of "America, the Beautiful" is fantastic; it's pure Ray.

Ray said that some of his influences included Nat King Cole, Art Tatum, Louis Jordan, and Charles Brown. The list of musicians influenced BY Ray is much, much longer. My favorite comment came from Billy Joel, who once said that he felt Ray Charles was "much more important that Elvis Presley."