S is for Springsteen 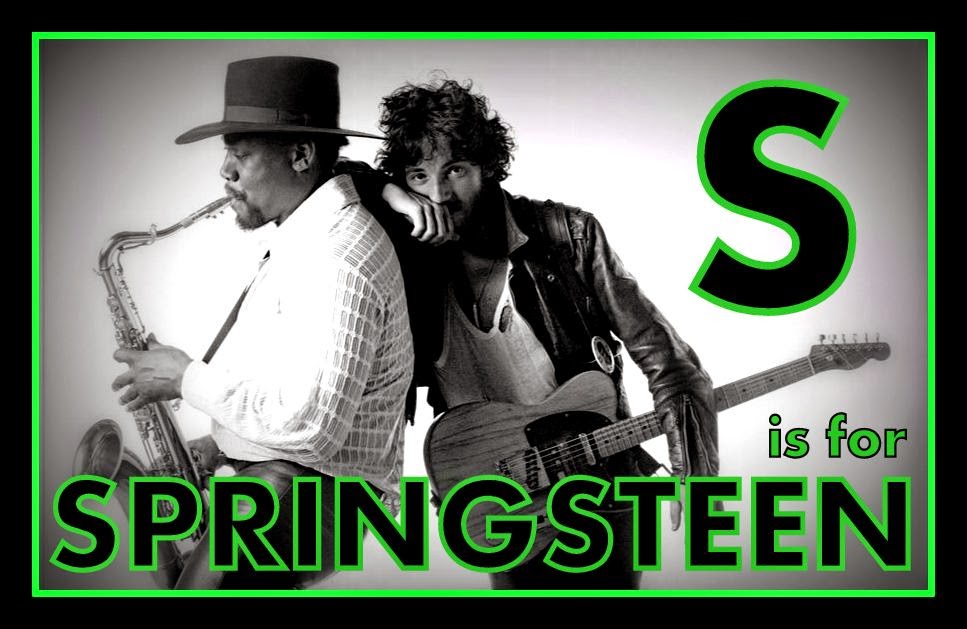 The Jersey BORN TO RUN Bruce.

The one, the only - Bruce Springsteen.


Bruce was born in 1949 in Long Branch, New Jersey and soon gravitated to Freehold. His Dad was frequently out of work and he's said his Mom was the main breadwinner. Raised a Catholic and solidly middle class, Bruce said both factors influenced his music in later years.

Like many teens of that era, Elvis Presley and The Beatles provided inspiration to take up a guitar and at the ripe ole' age of 16, he started strumming. A little luck and a little crazy allowed him to miss Viet Nam and pursue music locally with various band configurations. Bruce collected the money at the end of the night; thus, the nickname of "The Boss."

With the band Steel Mill, people started to take notice of Bruce and company. Philip Elwood, a music critic from the San Francisco Examiner, commented on Steel Mill's performance: "I have never been so overwhelmed by totally unknown talent."

Springsteen had a long road to success and it was paved with a whole lot of gigs in a whole lot of places. Several albums were recorded before the album Born to Run became both a critical and financial success. Born to Run is considered one of Springsteen's best works and many consider it to be one of the best rock and roll albums of all time.

My favorite album is The River - 20 songs that stay with you long after the album stopped spinning. One of the songs, "Hungry Heart," became his first hit to break the Top Ten.

There are too many great Springsteen albums: Darkness on the Edge of Town, Born in the USA, Tunnel of Love, I love them all! Singles like "Dancing in the Dark," "Tunnel of Love," Streets of Philadelphia," and "The River" seal the deal.

Don't forget - I was on his lawn and didn't get arrested. Now, that's respect. (Check out The Great Springsteen Spring Fling).

America, aren't you proud to say he was born in the USA?