T is for Tina 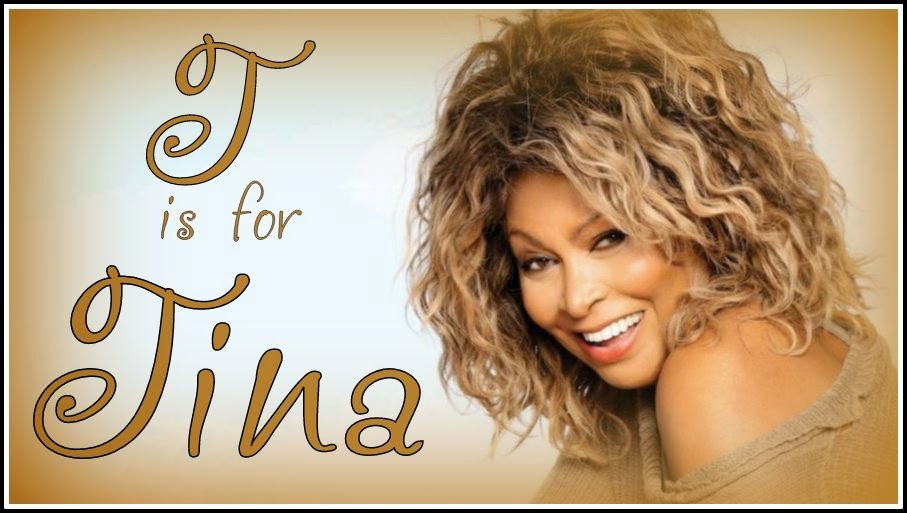 All hail Anna Mae Bullock, or as you might call her - Tina Turner.

Born in 1939, little Anna Mae started out in Nutbush, TN. When her parents followed work to Knoxville, TN, Anna Mae and her sister, Ruby Aillene, stayed with her grandparents. As Deacon and Deaconess of the local church, the grandparents probably made sure young Anna spent a lot of time there - she loved to sing in the church choir. The girls would later join their parents in Knoxville, but in the end, all roads lead back to Nutbush.


At the age of 11, Anna Mae's mother left without warning to escape abuse from her husband. Once again the girls were shipped off to live with relatives - this time, a great aunt in St. Louis. When her father remarried, she moved to Detroit at the age of 13 and later to Brownsville, Tennessee.

In spite of a childhood full of ups and down, Anna Mae held her own and graduated high school in 1958. She dreamed of being a nurse one day.

Anna and her sister would find themselves back in St. Louis. It's there that the legend begins when Anna encountered Ike Turner and his Kings of Rhythm. When he heard her take the mic one night, he had to have her in the group. She used the name "Little Ann." Juggy Murray, president of Sue Records, heard her and was convinced that she should be the lead singer and star of the band - and "Tina" was created.

Ike and Tina's song, "A Fool in Love" was released in 1960 and it was a hit. Many recording contracts followed and they kept pumping out the hits. In 1965, the great Phil Spector sought out Tina and actually paid Ike to stay out. "River Deep, Mountain High" was released in 1966 and the combination of Spector's "wall of sound" and Tina's powerful voice was a phenomenon. Boy, I love that song.

Some of my favorite Ike and Tina Turner recordings include, "Proud Mary," "Nutbush City Limits," "Shake a Tail Feather," and the ever popular "Funkier Than a Mosquito's Tweeter."

By 1976, Ike and Tina were almost done as a couple; drugs fueled arguments and abuse and Tina filed for divorce. She left with her stage name and a mountain of debt incurred by the duo over cancelled tours...plus IRS bills. Thanks, Ike.

In 1977, Tina's solo career started and the new and improved rock and roll Tina emerged; she was an MTV darling.  The Private Dancer album produced more favorites: "Private Dancer, " "Better Be Good to Me," and "I Can't Stand the Rain."

Once again, I could go on and on...about the Acid Queen...the collaborations...the clothes...
Thunderdome! And how in the world did she keep dancing like that when she was eligible for AARP??

But, don't hate me - I've got to just hit the highlights. So you better be good to me...