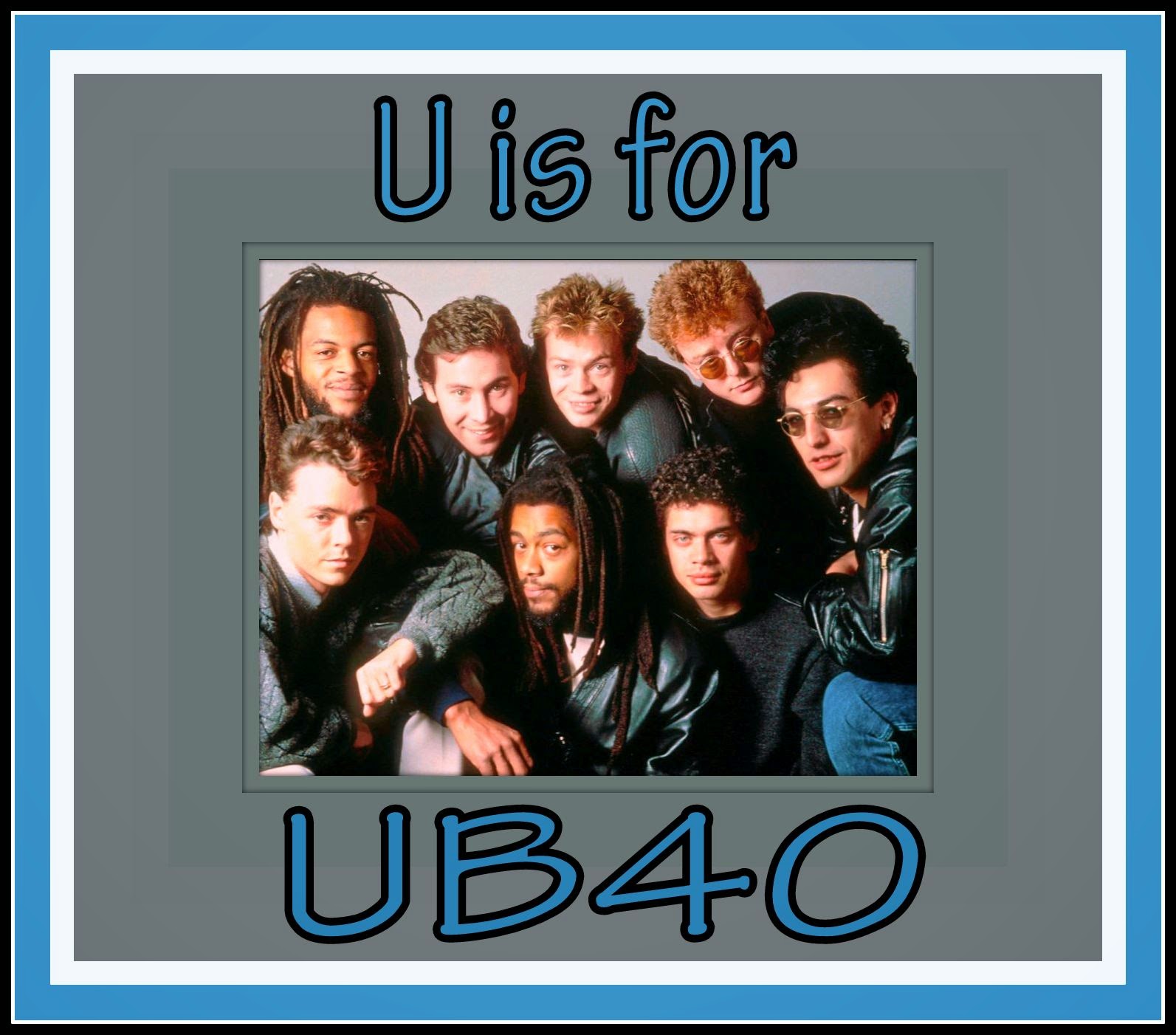 Someone said that I was doing the most famous musicians for my theme - nope, not at all. My A-to-Z theme is musicians that I like (or liked) and those that always have a place on my playlist. Granted, it's a pretty huge playlist.

The band started out as friends who knew each other from various schools. "UB40" was a reference to a form used for unemployment benefits in the UK: Unemployment Benefit, Form 40. The front-woman of the Pretenders, Chrissie Hynde, saw them perform in a pub and gave them a shot at opening for her band.

The first album, Signing Off, was a wink at the unemployment situation - those days were done.

Perhaps I'm not the best fan to sing their praises. Of the 18 albums they recorded, I really like Labor of Love most of all. That album created a fan base in the USA, in my humble estimation. Their cover of the Neil Diamond song "Red, Red, Wine" was fantastic. That same year, I attended a Neil Diamond concert. Neil himself commented on the success of their cover of the song. I had to laugh when Neil rapped, "I don't care if the words are wrong, 'cause I get the money when they sing THAT song."

I'd like to hear Ali Campbell sing once more and see the horns dance in rhythm to that awesome reggae beat. Aw, I miss those boys. A toast to them - red wine for everyone!