X is for (Generation) X 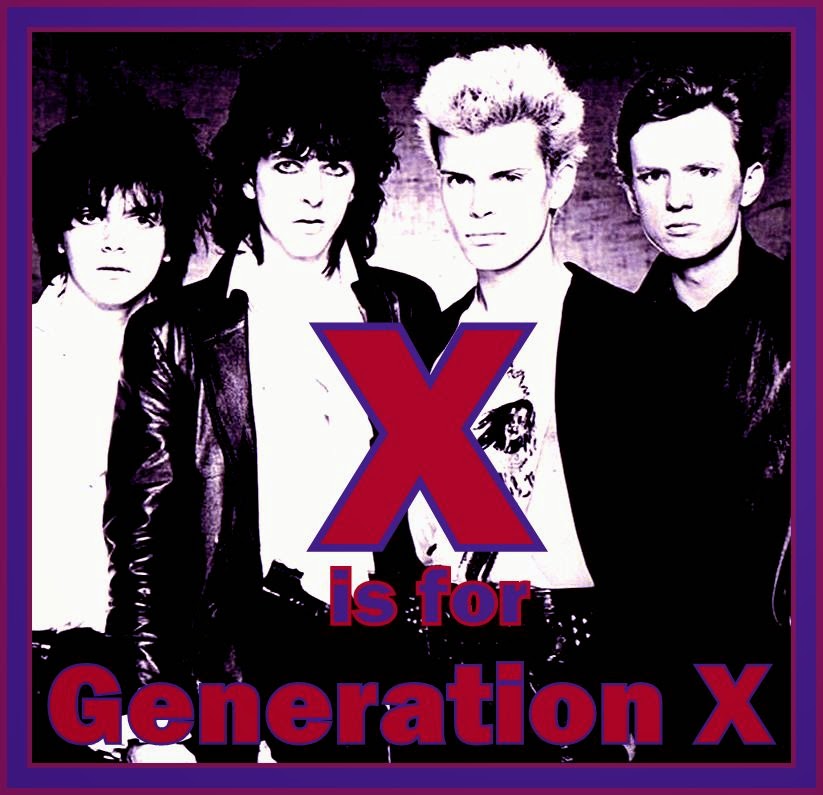 In 1976, three Englishmen came together to form the punk rock group, Generation X. Tony James, John Towe...and Billy Idol. Bob "Derwood" Andrews would join later and free young Billy from the burdens of lead guitar and allow him to become the main vocalist of the group. Thanks, Bob...sincerely.


Their rise was a bit tumultuous. Different opinions contaminated the musical smorgasbord, rather than enhance the group dynamic. They were an unhappy bunch, by all outward appearances, but when it worked - it worked. Towe and Andrews would leave; drummer Mark Laff would come along. Chelsea guitarist James Stevenson joined the group. Laff left and Terry Chimes (The Clash, Cowboy International) joined them. At one time, the frequent absence of a drummer forced a layoff for the whole group.

Holy cow, sending Christmas cards to this bunch must have been a nightmare (that's why I only send one to Billy).

It didn't help that they had actually missed the initial punk rock explosion that could have made their task a little easier.

To their credit, they were one of the first punk bands to appear on the BBC's program, Top of the Pops. After they received a sprinkling of legitimacy, they were sometimes referred to as "punk-pop." You just don't see those words used together very often.

They did a great cover of John Lennon's "Gimme Some Truth." Another favorite was "Wild Boys." "Dancing With Myself" would later be a huge hit for a solo Billy Idol - but it started out as a Generation X single.

In my mind, Generation X needs to be remembered for their biggest contribution to my young adult playlist: Billy Idol. Without Generation X, there would not likely be a Billy Idol the Solo Artist, but who knows? He may have evolved into an Andy Gibb clone without them. That just wouldn't do.

If you don't believe me, look for that Idol snarl in some of those early (and grainy) Generation X videos. There he is...King Rock...