Y is for Yankovic 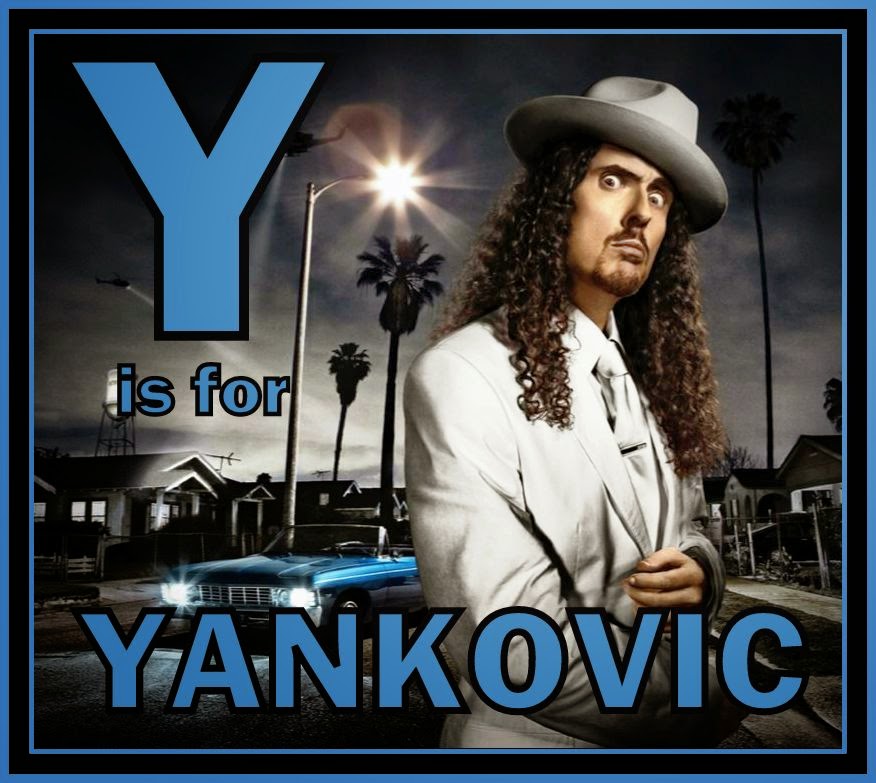 Every genre needs a jester; you have to be able to laugh at yourself. For that reason, I hope the long list of musicians parodied by Weird Al Yankovic appreciate his talent - as much as he appreciates theirs. Imitation is the sincerest form of flattery - but parody is just plain hilarious when it's done right.

His career began in 1976 and since then, he has recorded over 150 parodies and original compositions. Twelve million albums attest to his popularity. Eleven Grammy nominations and five Grammy awards probably look great on the shelf next to six platinum and four gold albums. Weird Al really isn't a joke, ironically.

Weird Al's work reflects his love of pop culture and the ability to see the humor in it all.

In the August 11, 2014, issue of the New Yorker, author Sasha Frere Jones writes:

"The opening lyrics of  'Smells Like Nirvana,' Yankovic’s 1992 version of Nirvana’s 'Smells Like Teen Spirit,' are as close to a mission statement as he has: “What is this song all about? Can’t figure any lyrics out. How do the words to it go? I wish you’d tell me, I don’t know.” Weird Al has been cool for so long because pop makes everybody feel uncool; that he is the only one to admit it has made him a pop star. What’s strange is how frequently the musicians whom Weird Al parodies feel blessed, as if some kind of comic Pope had waved at them. Williams, for instance, told Yankovic that he was “honored” to give him permission to do a take on his hit “Happy.”

Alfred Matthew Yankovic was born in California, the only child of Nick and Mary Yankovic. They doted on young Al. I remember an interview where Al said his childhood home was across the street from the school and his Mom would watch out the window to make sure the kids didn't hurt Alfred. A door-to-door music lesson sales pitch gave him the choice of guitar or accordion - his parents chose accordion for him, of course, 'cause Al likes to rock. In school, he started early and skipped some grades. Being the youngest made him stand out and gave him a nerd vibe. He was the valedictorian of his senior class.

In college, Al became a DJ on the college station and fellow students nicknamed him "Weird Al." It stuck. Around that time, he became interested in Dr. Demento's radio show. Early influences included Stan Freberg, Frank Zappa and Spike Jones. Al liked the twisted humor, buddy. Dr. Demento had Al on as a guest in 1980, where he debuted the song "Another One Rides the Bus," a parody of a certain Queen song. That performance landed him a spot on Tom Synder's Tomorrow show. I don't think he ever stopped after that point. I'm not sure he sleeps, actually.

Sadly, Weird Al experienced a terrible tragedy in 2004 when both his parents died of accidental carbon monoxide poisoning. Hours later, he would go onstage. He commented, "since my music had helped many of my fans through tough times, maybe it would work for me as well...at least, it would give me a break from sobbing all the time."

The thing I appreciate most about his music is  that it is family friendly. My boys wanted to go to concerts long before they were actually "old enough." Weird Al is perfect for families. Some of my favorite Weird Al Yankovic songs include: "Amish Paradise," "Couch Potato," "Don't Download This Song," "White and Nerdy," "Money for Nothing/Beverly Hillbillies," and "It's All About the Pentiums."

Come to think of it, maybe I'm white and nerdy...


ONE MORE THING...
For Michael D'Agostino, my pal from A Life Examined (check it out...I've linked it...all
the hard work is done, people) : The staging of "The Saga Begins" is hilarious. This
was taken at a Weird Al Concert we attended a few years ago. If you've never seen his
stage show, it is awesome. It's the Olympics of genre and costume changes: 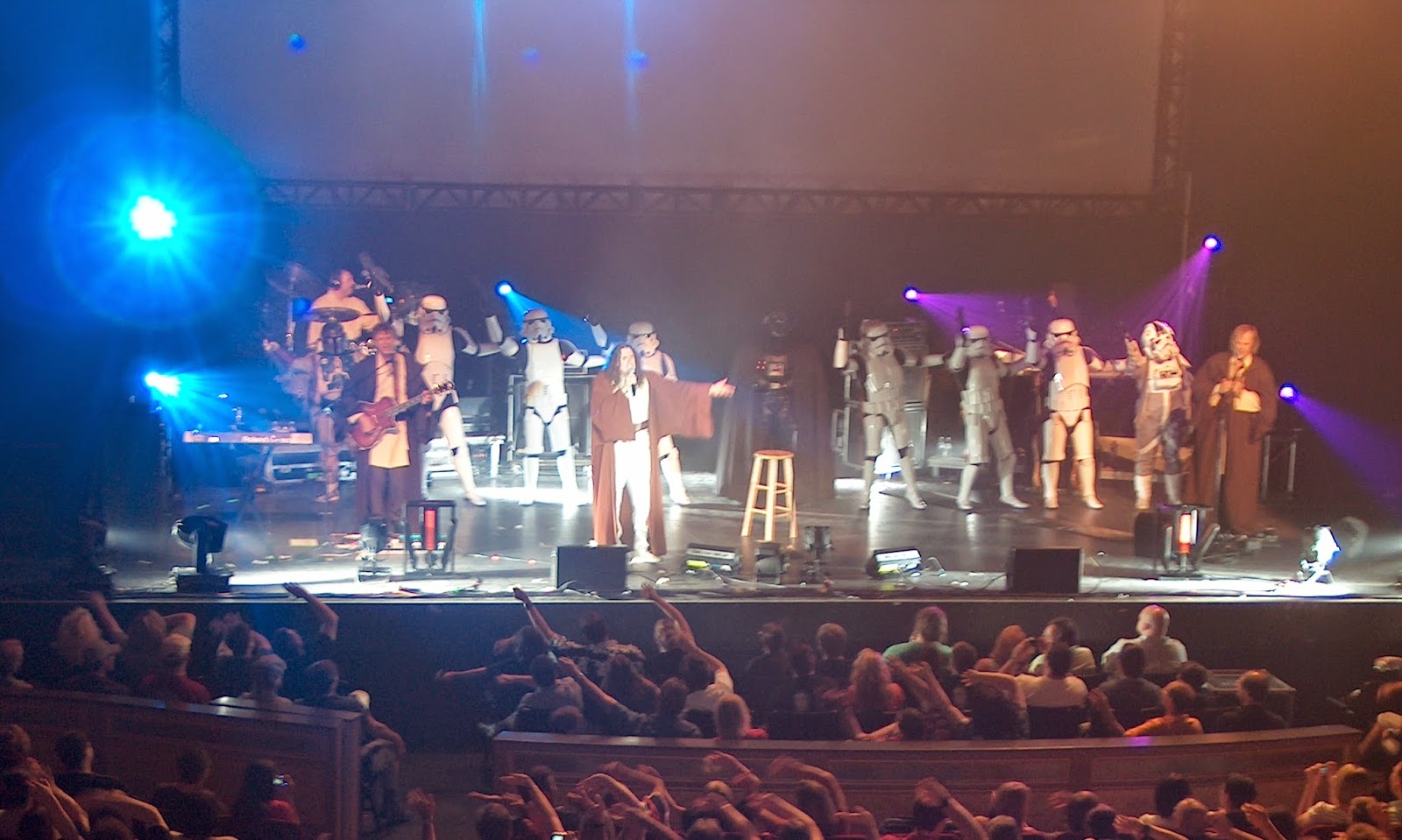 Make sure to visit some of these great bloggers who are participating in the challenge!
Posted by Cherdo at 12:23 AM