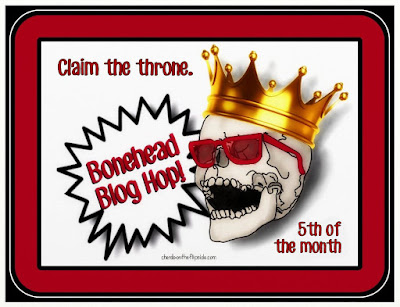 There are times when I am glad that I know for certain that certain people never read my blog. This is one of those times. This is not so much as a single bonehead event, but a series of minor bonehead acts that come together and swirl around before they go down the drain of life.


There's a lady in my orbit that frequently calls me; let's call her Polly. She won't stop calling me. It's a cluster deal; no calls for weeks followed by an unrelenting barrage of ring-a-ding-ding. Each call Polly makes has the sole purpose of explaining a problem, asking for an outlandish favor, or just giving me an update on the 300 or so current issues in her life. A good 299 of those issues are home-grown and within her control, but I have a sneaking suspicion that Polly has been dancing on the lunatic fringe so long, it feels like home (and normal).

Don't get me wrong; change the name and this might describe any number of friends of mine and our conversations. Those "mutual" conversations are good for the soul. I like to hash things out with my friends. There's nothing mutual going on here and Polly is not on that list of friends.

My goal is life is to be kind to this woman, within limits. Her first interaction with me, long before I knew her well enough, was to explode into the drama of the day and attempt to drag me in. Okay, there's two goals. The other one is to avoid any and all phone conversations. It's nearly impossible to say goodbye once she gets on the line and my inability to avoid her calls puts me on the Bonehead path. It's clownish ineptitude, really.

So, the phone rings at 7:40 a.m. - the only day I wanted to sleep a little. It's Polly. I'm blind as a bat without the magic of corrective lens. I grabbed the phone without glasses on and darn it if I didn't answer it accidentally. While looking for my specs, I hear her voice: "Hello? Hello? Are you there?"

Dookie and double dookie. Determined to make this the shortest phone call in our mutual history, yet I got off the phone at 9:50 a.m. Nearly two hours! I'm a miserable failure at getting her off the phone quickly. I have to avoid starting the conversation in the first place.

Later that afternoon, I answered the phone again while I was out in the yard. I forgot to look to see who was calling. It was Polly. I actually have a red spot on my ear from holding the phone with my shoulder and trying to finish what I was doing while "wrapping it up."  At one time, I had a nasty rotor cuff surgery on that shoulder and by the end of the conversation, I swear I'm holding it four inches higher...I'm not sure if that crampy sensation will go away...

Full disclosure: I was giving my favorite cows treats. Don't ask...suffice to say, cows are quicker than you think and I also have slobbering cow drippings on my shirt by the time I disengaged from the conversation. There's nothing good about this phone call.

I assigned Polly a special ringtone. While in the bathroom, my son answered my phone and as I came out - handed it to me. More Polly. It's one of the clusters; yep, that's it. We're still in the same 24 hour period, for crying out loud. I let her have her say and then tell her I need to get off the phone; I'm busy (it was true).

Next day, the phones rings and I let it go to voice mail because I am master of my communications domain. A few minutes later, it rings the "nutsy" ringtone again. I banish thee to voice mail, wench! About a half hour later, she calls again; no worries! I have plenty of room in my voice mailbox and I'm drunk with power. I listen to the rambling  voice mails; truly, there was NO reason to call me.

The next call was from an unknown number. I answer it. Polly was calling from her child's cell phone.

"There's something wrong with my phone, it keeps going to your voice mail, " she said.

This is a good example of the crazy logic. I like sensible, logical logic. OH DEAR LORD, there is no logic to her statement at all. Why would there be something wrong with HER cell phone? You got my voice mail! We connected, just not verbally. See, that's what I'm trying to avoid, Polly...get it?

It doesn't matter. The only thing that mattered was this: I was stuck in another phone call. If she could see the look on my face, she wouldn't call back.

The next day, I get a few more that have to go to voice mail. The phone call cluster is not over yet.

A was friend is coming to visit and I saw her car pull into the driveway. I walk down the sidewalk to greet her. The phone rings. I see it is Polly again. As my friend gets out of the car, I place my finger on the onscreen button that will slide her over to voice mail; I inadvertently linger too long and the next screen appears instead. My finger is in the perfect spot to answer the phone instead. I've accidentally answered the call! Noooo! My eyes nearly popped out of my head as I fumbled with the phone, trying to take back the physical motion that caused me to answer it and without thinking, I said "a bad word" into the phone.

Polly is praying for me.

On the bright side, I may have broken the spell of the current phone call cluster.

Face your fear! Come on, we all do boneheaded things from time to time and there's safety in numbers. Join our rag tag bunch on the fifth day of every month to share your boneheaded act or someone else's faux pas, if you're really desperate...we need a good laugh (or something to compare with our own boneheaded mistakes).

Join us, if you can - when you can! This is a no-stress blog hop!