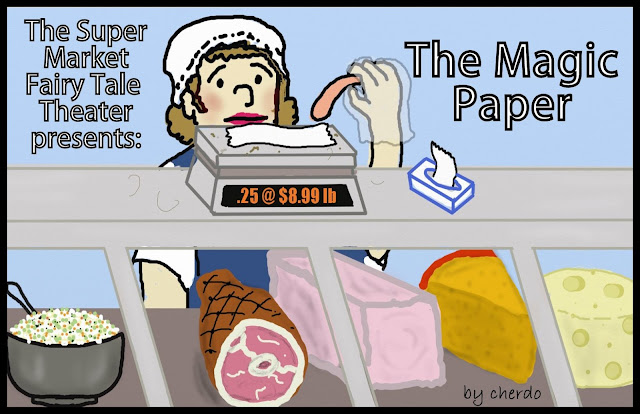 Upon viewing this cartoon on my screen, my son reminded me that this is the one thing that makes me irrationally angry. What thing is that, you ask? Hold your horses, people...I'm getting to that.

A little background:  I'm actually a nurse by training and I spent a lot of time working with respiratory patients, people who were contagious, patients who might not survive another layer of illness, patients with super strains of hospital born infections, and a cornucopia of human funk. I'm gonna go out on a limb and just say that humans are naturally funky-junk producers when they are ill - and pretty much all the other times, too.

My instructors from nursing school would be proud of me. I've never forgotten the mantras I was taught and now I'm going to teach them to you. That way, when your boss or spouse walks by and gives you the ole' tsk-tsk, you can snap back: "I'm learning something here!"


In fact, the instructors would always add:  if you're doing a dressing and you turn your back on a sterile field - consider it dirty. Not partially dirty, mind you; plain ole' dirty. That mindset has never left me. I've also worked in Quality Improvement and Quality Assessment departments where we examined processes and outcomes...I actually know words like "efficiency" and "efficacy." You thought I just doodled, I'll bet.

Armed with this knowledge and work history, I can barely stand to get deli meat at a meat counter. Let's examine the lack of logic in the process and lay the groundwork for our fairy tale:

The magic of the paper is all powerful! Just by standing in the same cavernous market with that magic paper, I am made clean. The scale is clean. All my worries should be gone.


I don't give up easily and I'm willing to compromise, so I started asking the deli counter worker NOT to place that paper in the plastic bag. I'm willing to eat a little glove bacteria (apparently) in pursuit of a ham and cheese sandwich or corned beef on rye. I'm pretty serious about corned beef. These arteries aren't gonna clog themselves, am I right?

About 75% of the time they argue that point with me. They insist they must put that paper from the Typhoid Mary Paper Goods Company in my bag. They're processed meat professionals with a "code." Why do they care? The irrational irritation rises.

One girl actually told me it was against the law not to put the paper in the plastic bag. I swear it's the truth.

Here's my last bit of magic to add to this fairy tale...

If you add up the total cost of the items in my hands as I check out (i.e. bread, milk and Premium German listeria loaf with a hint of staph), that total numerical sum will always be higher than the IQ of the person who tries to tell me it is illegal to leave a dirty deli paper out of the plastic bag. It's like a parlor trick; it will work every time.

This is why my Hubzam has homemade soup with soba noodles and vegetables in his lunch.

And they lived happily ever after. The End.
Posted by Cherdo at 12:42 AM