In appreciation of your time, I'm going to limit myself to three crazy news stories. Do you know how much self control that demands? Better question: have you noticed how many crazies and their antics are making the news? If you have, you'll understand how hard it was to trim down the list.


1. Here Kitty, Kitty (Has anyone seen my fingers?)

Joshua Newell's love of big kitties put him in hot water with the Columbus Zoo and Aquarium. A judge wants to have a little chat with Josh and he was even kind enough to send him an invitation to appear in court. Why? 'Cause Josh's marbles aren't all there, in my humble opinion.

Wait, you say. It's not illegal to be crazy. No, dear reader, it isn't. But Joshie is jumping the fence to pet cougars. Say that with me: Pet. Cougars. I'll bet Joshie wonders why all the zoos keep the big cats behind fences. After all, they could be running free with the children. And they make it so much more difficult to touch them.

He even posted a video on YouTube. Maybe the judge will tell him why that was a bad idea, too; especially if you're thinking you might get out of a fine or jail time.

Australian friends, this tale is from "down under," in the town of Mooroopna, in the state of Victoria. The commonwealth couldn't be prouder, I'll bet. (Note to Australians: I'm American. We're up to our necks in crazy everyday; we should never point fingers. But this is the Flipside and I do what I want.)

A man was trying to hide in a washing machine when he became stuck. Why? He thought it might be a fun prank to play on the lady of the house. Rescuers had to coat him with olive oil to try to remove him. Luckily (?) he was naked.

Wait a minute...this had to be a tight fit going in, too, right? If I were a guy, I'm not sure I would want to do all the required manipulations while naked. That's just me. Actually, gender is irrelevant in this story; I don't want to try to manipulate all my parts to get in a washer if I am female, either. Assuming, of course, that the best prank I could come up with was hiding naked in a top loading washer. Spoiler alert: I can do MUCH better (and have).

First Constable Ingram remarked: “My advice would be for people not to climb into appliances – obviously that [can] cause a number of issues, as we’ve seen on the weekend,” according to the Australian Broadcasting Corporation.

And that sage wisdom, ladies and gentlemen, is why First Constable Ingram is in charge.

The Huffington Post reported that an elementary school in Scotland banned Father's Day cards. Why? So they wouldn't hurt the feelings of kids without fathers. Mother's Day cards were okay.

Biologically, kids - you're good. Trust me, you have a father.

Kids who don't have mothers: you don't matter.

(Actually, any potential logic in this stance went out the window...but I've got to think that Grandparents Day is a bust.  Valentine's Day? Can't do that, either. Some of the elementary kids will be upset they don't have dates...to recess.) 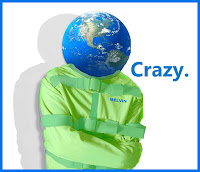