Many Mouths, Many Feet 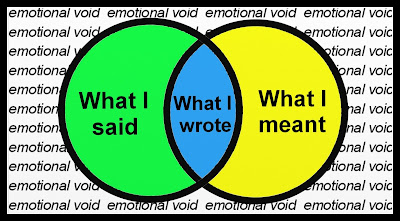 Is there a correlation between age and errors?

You might jump the gun, stand on your chair and shout "yes!" but some of the greatest minds of the world did their greatest work on the flipside of the half-century mark (I'd also know you are under thirty by your willingness to stand on the chair and shout...but that's another post).

What do great senior minds know that I don't know? With all the mileage on my beloved carcass, a certain amount of experience must surely equate skill, yet I'm as inept as I ever was.

What does one do when they age beyond proficiency? Must I hire secretaries or move to a blogger's long term care facility (or lang tome care facely, as I will probably write one day)?

I cannot proof myself. There; I said it.

It's so frustrating, even when it's harmless: I'll write "there" instead of "their." I swear by Thor's hammer, I know the correct usage. In fact, I know it at least as well as I know the difference between the possessive "its" and "it's" (for "it is" or "it has"). Notice I explained it, just to prove I am not a complete zero.

If you're in the same boat as moi, we are not alone. Perhaps you would enjoy one of my favorite "oops" sites: the 52 Worst Photoshop Mistakes in Magazines. There's comfort in seeing professional graphic artists forget things like, oh, the number of hands a person might have...or the pesky habit of humans to have two legs, God willing.

Hubzam, on the other hand, can find a faux pas in a split second. Though I usually load post to go live at midnight, I know that twelve hours later is lunchtime for my guy. He reads posts daily and always finds something amiss. Random strangers are not nearly so supportive...trust me on this one. Basically, the post lunch post is always better after I fix what he found and it's comforting to have someone who actually likes you to tell you your flubs in a kind way.

Let me rephrase that: the afternoon-after-lunch post is more grammatically correct. Aside from the grammar, it's the same ole' shtick. Once it's out there...well...what can I say? 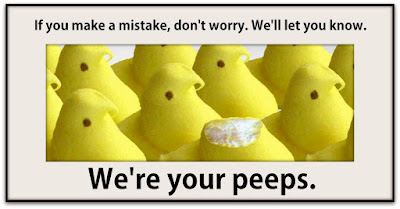