Battle of the Bands: "Goodnight, Saigon" 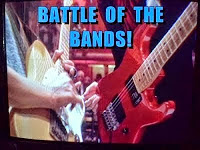 
In 1982, Billy Joel released the song "Goodnight, Saigon" on the album The Nylon Curtain. The theme was the Viet Nam war and this song always grabbed my heart as Joel sang of this band of Marines who "dug in deep and shot on sight" and said "we'd all go down together."

When I saw this done in concert, I was moved to tears by a large band of veterans who stood together and sang the chorus, swaying to the rhythm of the song and shedding a few tears of their own. Powerful stuff; I don't care if he performed it a zillion times.

Al Penwasser, this BOTB is dedicated to you. You inspire some of my posts, too.

Listening to this, it initially seemed like it wasn't a
great contender. It grew on me.


It's your turn now. Listen and vote for your favorite.
I'll tally them up and return on the 21st to give you a tally and
announce the winner who will then forever bask in Flipside glory.
Now, don't you want to be part of that? Get votin'. 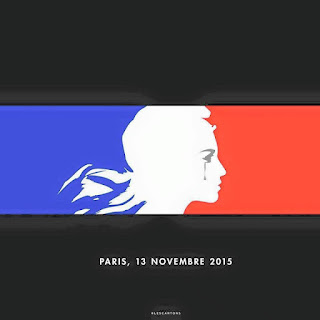 Say a prayer for all those hurting in Paris and Beruit.