Battle of the Bands: "It's Too Late" 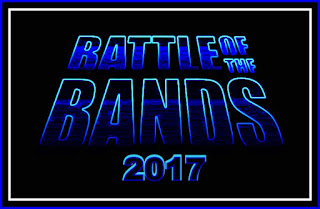 "Forgive me, Father Gary, for I have sinned...I actually had another Battle of the Bands to post yesterday, but I got tied up and didn't do it. In my shame, I felt compelled to re-do it and pay homage to lateness." 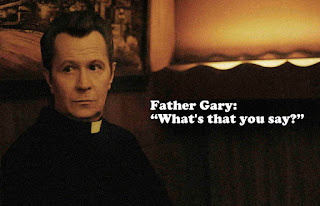 It's the kind of thing only Gary Oldman would forgive. But, here we go!  Ladies and gentlemen, this is the BATTLE OF THE BANDS!   This fine frolic is the product of my friends, Fae and Stephen T. McCarthy and I'm taking part once a month on the 15th, except for days when I stink at getting down to business, like yesterday, for example.  But I digress...

Carole King's hits could be a background track of life in the late 60s and 70s for one young Cherdo. She really covered the charts, either directly or indirectly, by the number of song performed by others. Don't believe me? Why ya wanna be like that? Did you know she wrote "Take Good Care of My Baby?" Bobby Vee says thanks. The Beatles did "Chains"...also a Carole King goodie. King was the fuel in Little Eva's "Locomotion" and the queen-auther of abuse-denial when the Crystals sang "He Hit Me (And It Felt Like a Kiss)." Perhaps, she was the little girl that Donny Osmond told "Go Away, Little Girl."

And that doesn't include her own hits, like "You've Got a Friend," "A Natural Woman," "I Feel the Earth Move" or "So Far Away." 'Nuff 'bout that.

Today, the Battle for Blog Band Best is "It's Too Late."  My brudder, Stephen T. McCarthy suggested a link for the original to keep the contenders line-up clear in the minds of my peeps.  Shhhh...stay very still...I think I see a link to the original >> HERE.

Who dares battle the Queen of the Keys? Get ready to cast your vote.

Whoa! Sweet, innocent, Tennessee's own Amy Grant? That's hardly fair. How could she battle? Who can be an equal, but gentle...let's see...hmmm...I got it! How about a rain soaked soulful Cuban songstress with a bad back?

Now, all that is left is for you to use your superior skills and ear-holes to pick a winner. I'll come back on the 21st to total them up and give you the name of the Co-Queen...'cause no one puts Carol in the corner...

Check out the great battles from my pals and vote, vote, vote...that's a lie, you only get one per battle.

Flipping Out, Just For You,
Cherdo