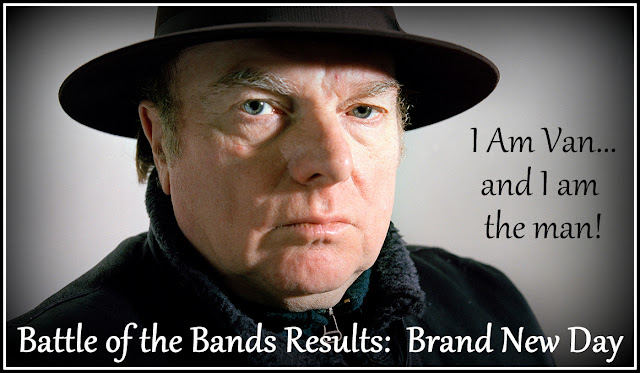 It's Battle of the Bands results day!

Oh, I had high hopes of a closer battle for this one but I was denied! No matter, 'cause folks - the people have spoken. Who am I to question it? You really don't get much more star power than Van Morrison or Sting, and I for one believe that it's well deserved. Ryan Star, wherever you are (hey, I can rhyme!), you should be proud to pull any votes at all away from Van Morrison, by the way. So, no crying, Starman.

Van Morrison, you are the King today. Most of us realize you were King of many musical days, so keep beltin' them out, brother.  Now, sing us out:


Thank you, peeps, for participating! I'll be back with another battle on the 15th...in the meanwhile, check out the results from our other participants. How did your vote line up with the masses? Do you have mad skills? Ah, I get it...you're gonna be humble, eh? Well played.