Battle of the Bands: Liar, Liar, Pants on Fire 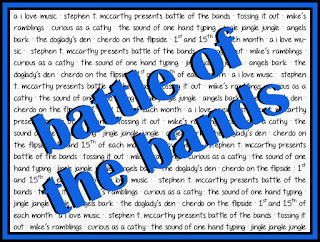 A big thanks to FAE (faraway eyes) for the original creative spark that started what would become the Battle of the Bands and to STEPHEN T. McCARTHY for hosting this madcap musical love fest. The Battle gets posted on the 1st and 15th of each month and results appear magically six days later, SOME TIME (God willing) on the 7th and 21st. You get the honor of casting a vote in the comments below to tell me which tune is your favorite and why (if you want to elaborate). If it's absolutely necessary, I add my own humble vote to break a tie and announce the winner...and you see how your vote stacked up against thems that is playin' along...God bless 'em.

Lately, I've been battling "themes" and I'm still likin' that vibe. There's no end to songs dedicated to the topic of love, longing, cheating...you get the picture. Lies are a big ole' emotional quagmire that have served as muse to a number of fine musicians. So...why not battle that out, eh?


I'm not lying! These songs turn the big, dark, truthful mirrow on the most despicable of human faux pas...lies.

These three songs all reach out and grab my senses for one reason or another. I'm a huge fan of Glen Hansard...love, love, love the Trio album with Linda Ronstadt, Emmylou Harris and Dolly Parton -- so, so much! And the Eminem/Rhianna song is just really powerful, lyrically and visually. Advance notice, language on that one, but it seems to fit with the out of control anger depicted in the video.

It's has the potential to stir up an emotional roller coaster for folks today on the Flipside -- they're crooning about lies! Nobody likes them, everyone has gotten burned by them...and these artists turned it into gold.

This is a tough battle. What's gonna come out on top? I can't even guess. You'll have to come back on the 21st to see for yourself.

But you're not done yet! Now, run over to my peeps' blogs and vote on their battles! I think you're gonna get good at this. I'm not lying.